Crystal Skulls can be used for many things such as meditation, healing, crystal grids, spiritual work or psychic development, working at Sacred Sites or channeling. Crystal Skull’s often have their own unique energy and personality.

Many feel these crystals assist them to work with spiritual guides and teachers who work through the Crystal Skulls. While meditating with a Crystal Skull they will often give you their name.

Are you a Crystal Skull Guardian?

Those who have been called to do spiritual work with a Crystal Skull are sometimes called Crystal Skull Guardians, Custodians or Caretakers. It is believed that the Crystal Skull chooses its Guardian.

It’s their responsibility to take care of the Crystal Skull for a period of time or a whole lifetime. They may be guided to visit certain places with the skull, take part in global meditations or heal the Earth with them.

You no longer have to raid an ancient Mayan Pyramid to find a Crystal Skull. Many Crystal Shops now have them and they are easily available online. These are modern carvings of course but the crystals are thousands if not millions of years old.

There are a lot of mass produced Crystal Skulls. These tend to look very similar and lack either detail or individuality. The best Crystal Skulls are carved by hand. Certain skull carvers have become well known and it is always a good sign if you know the maker.

Ideally you want someone who loves giving form to the crystal’s consciousness. These may be investment pieces so better to start small with Crystal Skulls. You can still find Crystal Skulls by unknown carvers which are unique looking and have great energies but it can be harder.

Tip: Speak to others who collect Crystal Skulls online and get their recommendations

The Healing Properties of Crystal Skulls

Crystal Skulls can be carved from many different minerals, not just clear Quartz. The crystals will indicate the energies and healing properties of your Crystal Skull.

You may narrow down your search by looking for a Rose Quartz Crystal Skull or a Hematite one for example. When deciding between several Crystal Skulls, you could look up the crystal properties to help you decide.

There is a lot more choice of different Crystal Skulls available than there used to be. This will also give an indication of the type of energies of the Crystal Skull and the ways they will most likely work with you. Remember each Crystal Skull is unique and this is just a guide to what you can expect. Here are some of the main Crystal Skull types:

These are the most easily available and usually just called Crystal Skulls. They have the most human look to them. They may be realistic skulls or more symbolic.

The human looking Crystal Skulls can be used to access the knowledge and wisdom of both ancient and lost civilizations such as the Mayans, Druids or even the Atlanteans and Lemurians. Different ones will also connect with spiritual Guides and Teachers, Ancestors, Ascended Masters or Goddesses for example. A few Crystal Skulls connect with Star Beings.

Crystal Skulls activate the chakras within your head such as the Third Eye and Crown Chakra. Crystal Skulls can help expand your consciousness, bring through healing energy or raise the vibration of the whole Planet.

These are sometimes called Alien Crystal Skulls or Star Travellers. They are humanoid but clearly not human. They have large and unusual shaped eyes, big heads or elongated skulls. Star Being Crystal Skulls connect with cosmic energies and wisdom beyond planet Earth.

Different Crystal Skulls may link to different Star Systems, Galaxies or other Dimensions. They bring new perspectives and galactic energies. Star Being Crystal Skulls also awaken your Higher Chakras above the Crown Chakra. 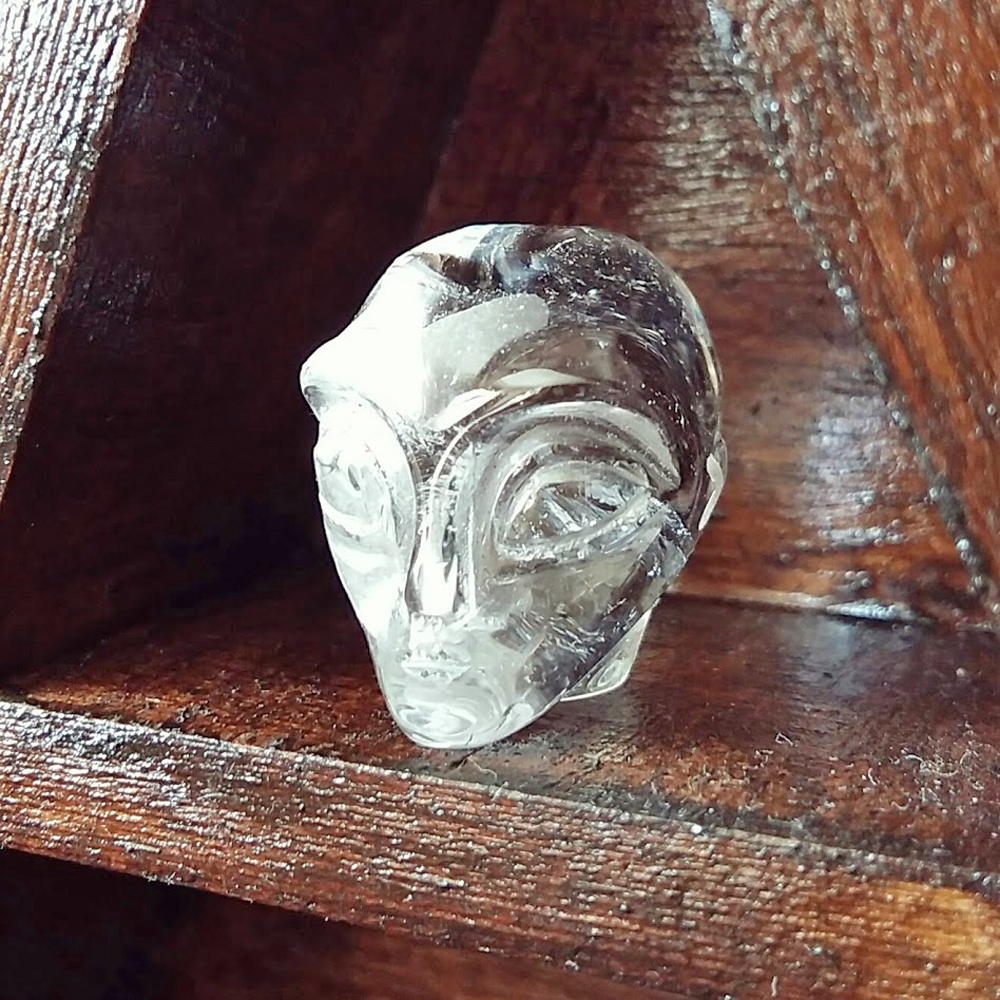 Some dragons carry the more celestial energy of the Stars. Dragon skulls help heal and balance the energies of the natural landscape.

They work well at Sacred Sites, Ley Lines and connect with the Elementals. Dragons also offer serious protection to any location. They channel the magical energies and wisdom of Arthurian Times, Avalon or the Far East. 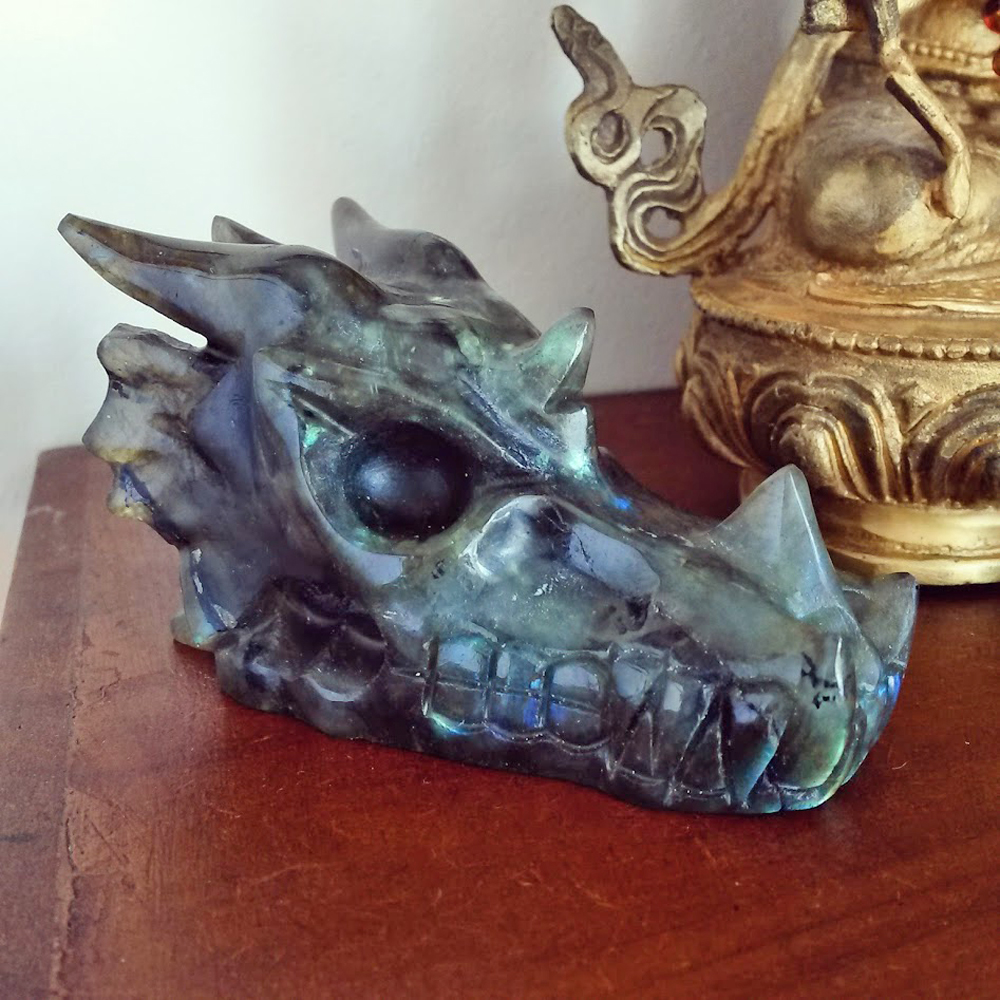 How to Choose a Crystal Skull Intuitively

The best way I feel to choose a Crystal Skull is to follow your heart and intuition. How do you feel when you see a photo of the Crystal Skull or when you handle it? You should feel attracted to it. It may fill you with energy, joy or make your chakras buzz.

Take some time to come back and see how you feel a second time around. If the feelings are still there and if you can’t get the Crystal Skull out of your mind it will probably be for you.

I hope I have managed to answer some of your questions about this vast subject. I really have just scratched the surface in this guide. If your interested in learning more about crystal healing do check out my Beginners Guides and other helpful articles in the Resources section by clicking Here.

Where have you got your Crystal Skulls from? I would love to hear from you so let me know in the comments below (Please keep any questions you have on topic if you want a response). If you know anyone who may benefit from this article please share the link with them or use one of the sharing buttons at the end of this post. 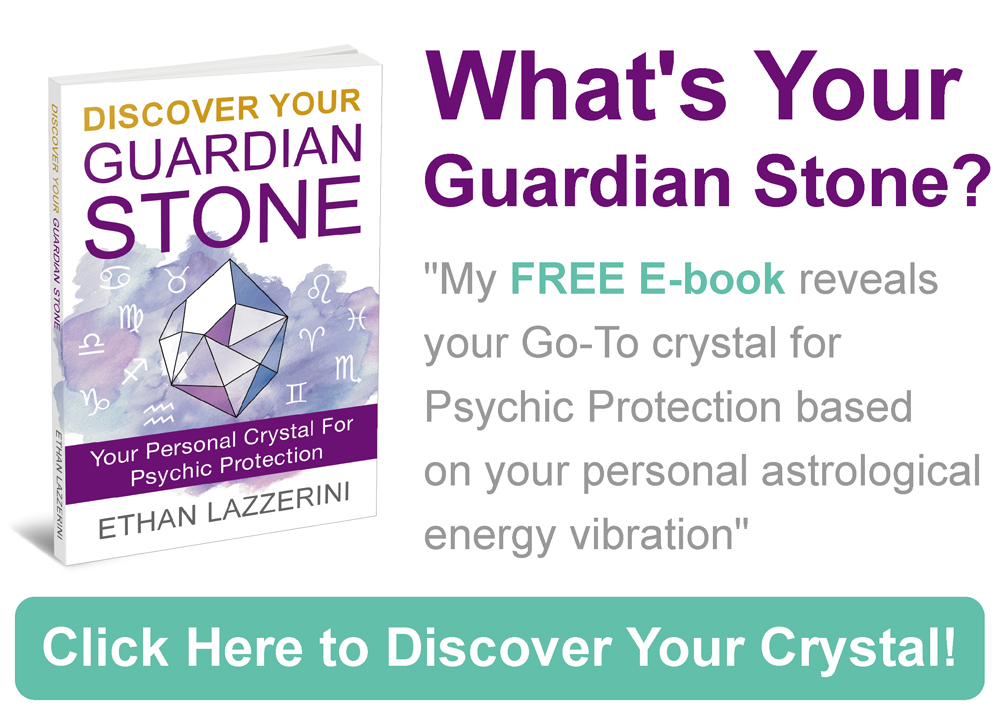 12 thoughts on “How To Choose a Crystal Skull”